The author of this piece, Dr. Kevin Pike, was born and raised in England and has been a lecturer for legal English at the Friedrich-Alexander-Universität Erlangen-Nürnberg for over 20 years. He is also a publicly appointed and sworn translator for English, predominantly in the field of law. He also teaches business and legal English at AfA in Nürnberg.

If you are talking to friends in your native language, you will speak ‘normally,’ that is, you will use the standard, relatively informal everyday language, maybe even with elements of a regional dialect. However, if you are at work and are conversing with business clients, or if you have an important appointment with a lawyer, you will often – consciously or subconsciously – speak rather differently. Your dialect may disappear a little and you begin to use more formal language and even specialist terminology. In short, you try in general to sound more refined, more sophisticated and more precise.

Imagine that as a non-native speaker of English that you have to express yourself in English in such situations. I can almost hear some of you saying “Not a problem! I can speak English. I took English at school for several years”. Statements like this can be heard quite often when people try to convince others of their allegedly appropriate and sufficient knowledge of English. It is indeed true that this ‘school English’ may well be adequate for a city trip to London if you want to ask the way to King’s Cross railway station or where you can buy good-value musical tickets. But what is the situation when you work in an international company or in a law firm where the clients don’t speak your native language and you do not speak Turkish, Urdu, French Chinese or Arabic?

In such situations, those involved will often agree upon a common denominator in order to make themselves understood: English. Whether you like it or not, English is the universal language, the lingua franca. In the business or the legal world conversations usually go far beyond the everyday small talk that is used in the initial greeting or in a friendly, informal chat over lunch or dinner. It is often necessary to discuss complex matters which need to be explained accurately. And precisely here is where your classroom English will leave you well and truly in the lurch. In such situations you will require a certain level of business English or, when dealing with a law firm, legal English.

Business English encompasses not only vocabulary but also cultural elements and specific situations in which language is used, for example, in meetings, telephone calls, e-mails or presentations. The vocabulary used is not necessarily highly specialised and is often merely an extension of one’s general vocabulary but with reference to the workplace and certain working processes. Furthermore, it induces a more polished and polite-sounding form of English and helps avoid embarrassing errors. If a German person starts talking about the ‘chef of the company’, it literally means the person who is cooking the food in that firm. Of course, what is really meant is the ‘boss’ as the German word for boss is Chef. And when a German business partner looks at an English-speaker with confused and glazed eyes as he tries to decipher the context of ‘branches’ and can only visualise trees when the topic of the conversation is really about sub-offices of the company in other places, then it is high time to take courses in business English.

Things become even more challenging with regard to legal English. People often have trouble understanding legal texts stuffed with formal and technical terms in their own mother tongue, resulting in furrowed brows, confused looks, headaches and much shrugging of shoulders. How on earth can that be done in English, a foreign language? In legal English there are also pitfalls everywhere which will trip up non-native speakers at every step. How do you explain to a client that her employment contract was breached when in German the word verletzen is used to mean breach but verletzen more commonly also means injure or hurt? You may resort to saying, “Your employment contract has been injured/hurt”! At best you would be greeted with a polite smile but possibly with laughter. This sentence makes it sound like the contract needs to be rushed to the local hospital emergency department! And how do you explain to someone while you are giving them legal advice that a new law has been passed? A German native speaker may be tempted to translate the German verb verabschieden – which also means to say goodbye as well as to pass (a law) – and then formulate a sentence along the lines of “The law was said goodbye”! That sounds worse than long fingernails scraping their way slowly down a blackboard!

What makes legal terminology even more complicated is the fact that legal concepts from one country simply do not exist in others and so it is difficult to find translations and so a lengthy explanation and paraphrasing is required. This is why it is essential for a translation of specialist texts to be undertaken by a translator who has a background in law, linguistics and in translating so as to avoid any such faux pas.
In today’s world, a highly proficient level of written and spoken English is not an advantage it is meanwhile commonplace. Whoever refuses to spruce up their English will, at some point, fall by the wayside and runs the risk of embarrassing themself. By the way, the German equivalent of the English verb ‘to embarrass yourself’ is ‘sich blamieren’. Many Germans, however, translate ‘sich blamieren’ as ‘toblameyourself’, which, of course, means something completely different. By now, at the very latest, you should have noticed that without a good grasp of English confusion is likely to occur at some point.

If you require good value and competent translations, you can get in touch with Dr. Pike via e-mail. 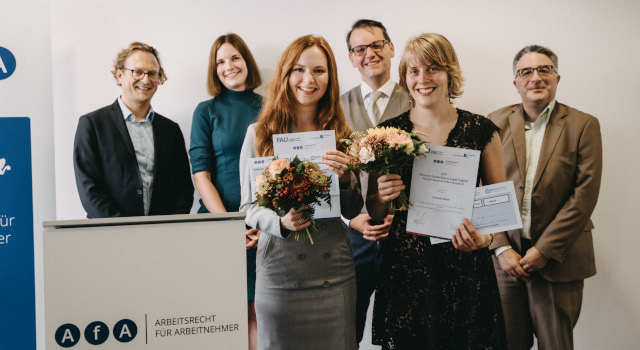